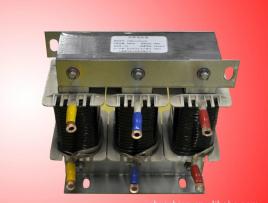 The non-linear current generated by the extensive use of modern power electronic equipment, the generated harmonics affect the power grid and increase grid pollution, and cause serious interference from capacitors, transformers and transmission equipment. Resonance and voltage distortion will also cause power supply accidents. The role of series reactor is to improve and avoid the harm of harmonic current.

Altitude lower than 2 km.
Operating temperature-25 ~ +45.
Relative humidity less than 90%.
Use Environment
No harmful gas. No inflammables and explosives. Well ventilated environment. If in cabinet, must have ventilating device.

The detuning reactor is also called a series reactor, which is used for reactive power compensation. It is generally used in series with a capacitor. It is capacitive at the power frequency to prevent parallel resonance and non-amplified harmonic currents. Limit closing inrush current, improve system power factor, prevent damage caused by harmonic capacitors, and avoid excessive amplification and resonance of grid harmonics caused by the connection of capacitor devices.

1.We value high-quality materials, formulation science, the use of advanced production and testing equipment according to strict technics.

5. Reactor noise is not greater than 45dB;

6. The reactor can run for a long time under the power frequency plus harmonic current not more than 1.35 times the rated current;

8. The difference between any two-phase reactance value of the series reactor is not more than ± 3%;

11. The core of the reactor is made of high-quality cold-rolled low-loss silicon steel sheet, and the core post adopts multi-distributed breath to reduce magnetic leakage and loss.

12. The coil is wound with high-quality DuPont Nomex paper-coated copper wire. It has a high temperature resistance level and good insulation strength. It is neatly arranged during winding, and the appearance is not only beautiful but also good heat dissipation.

14. The core of the reactor uses a non-magnetic material to fix the core to ensure that the reactor has a high quality factor and a low temperature rise.

Coil
(1) The coil is an epoxy vacuum casting coil. The inner and outer coils of the coil are reinforced with epoxy glass grid cloth, and the high-voltage series reactor is cast under vacuum using an F-grade epoxy casting system. The coil not only has good insulation performance, but also has high mechanical strength, and can withstand current shock and cooling shock without cracking;
(2) The epoxy casting coil does not absorb water, has good moisture resistance, low partial discharge, and can be safely operated under severe environmental conditions. 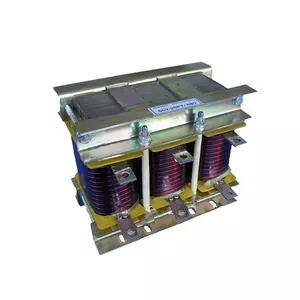