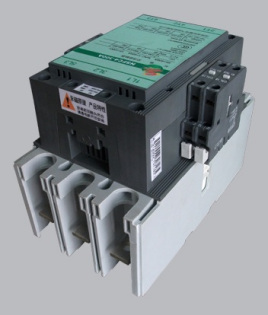 The permanent magnetic contactor is a new type of low-voltage switch electrical appliance. It uses the working principle of electromagnetic operation and permanent magnet retention to overcome the shortcomings of the traditional electromagnetic contactor, such as large energy consumption, large working noise, and large influence of the grid voltage. Very good energy saving effect.

2. It can be easily formed into various sizes.

3. No temperature rise
The traditional contactor relies on the energization of the coil to generate enough electromagnetic force to maintain the pull-in. The coil is composed of resistance and inductance. Long-term application of current will inevitably generate heat. On the other hand, the magnetic flux in the iron core will also generate heat. These two kinds of heat work together in the contactor cavity, often causing the contactor coil to burn out, and at the same time, heat generation reduces the main contact capacity. The permanent magnet AC contactor is maintained by permanent magnet force. Without maintaining the coil, there is naturally no temperature rise.

4. The contact does not flutter
The holding of the traditional AC contactor is achieved by energizing the coil. The holding power is related to the current and magnetic gap. When the voltage fluctuates in the critical state of closing and opening, the contactor is in a state of close and close, and it will continue to Vibration causes welding or burning of the contacts and burns the motor. The holding of the permanent magnet AC contactor is completely realized by the permanent magnetic force. Once the pull-in is completed, the voltage fluctuation will not affect the permanent magnetic force, either in the pull-in state or in the open state, not in the intermediate state. Therefore, the main contact will not be burned due to vibration, and the possibility of burning the motor is greatly reduced.

The permanent magnet AC contactor utilizes the principles of magnetic pole repulsion and heterosexual attraction to realize the connection and segmentation of the main circuit. A new type of micro power contactor formed by replacing the traditional electromagnet drive mechanism with a permanent magnet drive mechanism. The permanent magnet with fixed polarity fixed on the contactor linkage mechanism interacts with the variable polarity soft magnet solidified on the contactor base, so as to achieve the purpose of attraction, retention and release. The variable polarity of the soft magnet is generated by the electronic module with which it is solidified to generate positive and negative pulse currents of ten to twenty milliseconds, so that it generates different polarities. According to the needs of the site, the control electronic module is used to control the set release voltage value, and the reverse pulse current can be issued after a period of time to achieve the purpose of low voltage delay release or power off delay release, so that the motor it controls It is protected from the disturbance (shaking) caused by large fluctuations in the grid voltage, thereby maintaining the stability of the production system and ensuring safe production.

Permanent magnet contactors have a wide range of applications and can be used to control electrical loads such as motors, electric heaters, illuminators, capacitors, and welding machines. 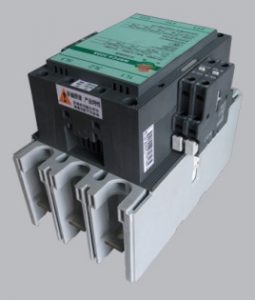