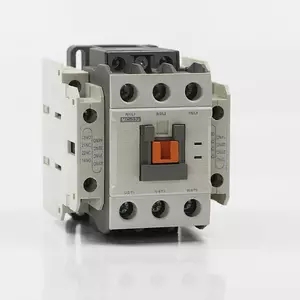 Electromagnetic contactor refers to an electrical appliance that uses a current flowing through a coil to generate a magnetic field in industrial electricity to close the contacts to achieve load control. The electromagnetic contactor is mainly composed of a transmission device, a contact device and an arc extinguishing device.

Electromagnetic contactor refers to an electrical appliance that uses a current flowing through a coil to generate a magnetic field in industrial electricity to close the contacts to achieve load control. The contactor consists of an electromagnetic system (armature, static iron core, electromagnetic coil) contact system (normally open contact and normally closed contact) and an arc extinguishing device.

1.The main contact system has a unique structure, the contoct wear is small and the electrical service life is up to one million times.

The principle of the electromagnetic contactor is that when the electromagnetic coil of the contactor is energized, a strong magnetic field will be generated, so that the static iron core generates electromagnetic attraction to attract the armature and drive the contact action: the normally closed contact is opened, and the normally open contact is closed. The two are linked. When the coil is de-energized, the electromagnetic attraction force disappears, and the armature is released under the action of the release spring to restore the contacts: normally closed contacts are closed, normally open contacts are disconnected. In industrial electrics, there are many types of contactors, with currents ranging from 5A-1000A, and their uses are quite extensive. In electrical engineering, a contactor is an automatic switcher used to turn on or off the AC / DC main circuit with a load or a large-capacity control circuit. The main control object is a motor, and it is also used for other electrical loads, such as electric heating Device, welding machine, lighting equipment, contactor can not only connect and cut off the circuit, but also have the protection function of low voltage release. The control capacity of the contactor is large. Suitable for frequent operation and remote control. It is one of the important components in the automatic control system.

The electromagnetic contactor is mainly composed of a transmission device (electromagnetic mechanism), a contact device (actuator) and an arc extinguishing device.

2. DC contactors are generally used to control DC electrical equipment. Direct current is passed through the coil. The operating principle and structure of DC contactors are basically the same as AC contactors. Because it can quickly cut off the main circuit of AC and DC and can frequently switch on and high-current control (up to 800 amps in some types), it is often used as a control object for electric motors and can also be used to control factory equipment ﹑ Electric heater, working mother machine and various power units and other electrical loads, and as a remote control device. 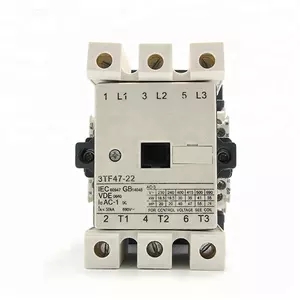 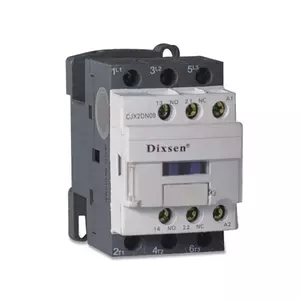