(1) Elemental semiconductor. Elemental semiconductors refer to semiconductors made of a single element, of which the research on silicon and tin was earlier. It is a solid material with semiconducting properties composed of the same elements, which is easily affected by trace impurities and external conditions. At present, only silicon and germanium have good performance and are widely used. Selenium is used in the fields of electronic lighting and optoelectronics. Silicon is widely used in the semiconductor industry, which is mainly affected by silicon dioxide. It can form a mask on device manufacturing, can improve the stability of semiconductor devices, and is conducive to automated industrial production.

(5) Intrinsic semiconductor: A semiconductor that contains no impurities and no lattice defects is called an intrinsic semiconductor. At extremely low temperatures, the valence band of a semiconductor is full. After being thermally excited, some electrons in the valence band will pass the forbidden band and enter the empty band with higher energy. The presence of electrons in the empty band will become the conduction band. The absence of an electron forms a positively charged vacancy called a hole. Hole conduction is not an actual motion, but an equivalent. When electrons conduct electricity, holes of the same amount of electricity move in the opposite direction.
They generate directional motion under the action of an external electric field to form a macroscopic current, which is called electron conduction and hole conduction, respectively. This type of hybrid conduction due to the generation of electron-hole pairs is called intrinsic conduction. The electrons in the conduction band fall into holes, and the electron-hole pairs disappear, which is called recombination. The energy released during recombination becomes electromagnetic radiation (luminescence) or thermal vibrational energy (heat) of the lattice. At a certain temperature, the generation and recombination of electron-hole pairs coexist and reach dynamic equilibrium. At this time, the semiconductor has a certain carrier density and thus a certain resistivity. As the temperature increases, more electron-hole pairs are generated, the carrier density increases, and the resistivity decreases. The resistivity of pure semiconductors without lattice defects is large, and there are not many practical applications.

Lighting applications
LED is a semiconductor light-emitting diode built on a semiconductor transistor. Using LED technology, the semiconductor light source is small in size, can achieve flat packaging, low heat generation during work, energy saving and high efficiency, long product life, fast response, and environmental protection without pollution. Developed into light, thin and short products, once it came out, it quickly became popular and became a new generation of high-quality lighting sources. It has been widely used in our lives. Applications such as traffic lights, backlights for electronic products, landscaping light sources for urban nightscapes, and indoor lighting are used.

High power power conversion
The mutual conversion of alternating current and direct current is very important for the use of electrical appliances and is a necessary protection for electrical appliances. This requires waiting for a power conversion device. Silicon carbide has high breakdown voltage strength, wide forbidden band width, and high thermal conductivity. Therefore, SiC semiconductor devices are very suitable for applications with high power density and switching frequency. Power supply replacement devices are one of them. Another performance of silicon carbide components in high temperature, high pressure and high frequency has now been widely used in deep well drilling, inverters for power generation equipment in China, energy converters for electric hybrid vehicles, power conversion for light rail trains and other fields. Due to the advantages of SiC itself and the industry’s need for lightweight and high conversion efficiency semiconductor materials at the current stage, SiC will replace Si and become the most widely used semiconductor material. 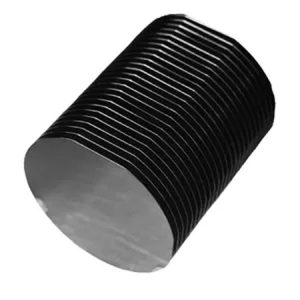 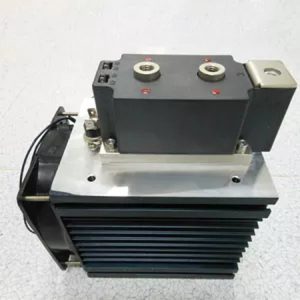