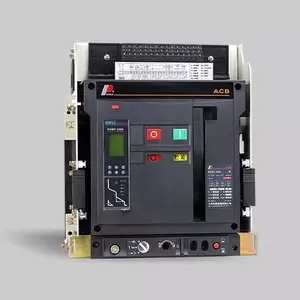 Air switch, also known as air circuit breaker, is a type of circuit breaker. It is a switch that automatically opens whenever the current in the circuit exceeds the rated current.

Air switch, also known as air circuit breaker, is a type of circuit breaker. It is a switch that automatically opens whenever the current in the circuit exceeds the rated current. Air switch is a very important electrical appliance in low-voltage power distribution network and electric drive system. It integrates control and multiple protection functions. In addition to completing contact and breaking the circuit, it can also protect short circuits, severe overloads and undervoltages that occur in circuits or electrical equipment, and can also be used to start the motor infrequently.

Under normal circumstances, the armature of the overcurrent release is released; once a severe overload or short circuit fault occurs, the coil connected in series with the main circuit will generate a strong electromagnetic attraction to attract the armature downward and lift the lock hook. Open the main contact. The work of the undervoltage release is just the opposite. When the voltage is normal, the magnetic attraction attracts the armature and the main contact is closed. In the event of a severe voltage drop or power failure, the armature is released and the main contact is opened. When the power supply voltage returns to normal, it must work again after closing, which realizes voltage loss protection.

There are three tripping modes: thermal, electromagnetic and multiple.

When the line is generally overloaded, although the overload current cannot make the electromagnetic trip, but it can generate a certain amount of heat in the thermal element, promote the bimetal sheet to heat up and bend, push the lever to disengage the hook from the lock, and the main contact The head is disconnected and the power is cut off. When a short circuit or severe overload current occurs on the line, the short-circuit current exceeds the instantaneous trip setting current value. The electromagnetic release generates a large enough suction force to attract the armature and strike the lever, so that the hook rotates upward around the shaft seat to disengage the lock. Under the action of the reaction spring, the lock buckle disconnects the three main contacts and cuts off the power.

The tripping mechanism of the switch is a set of connecting rod device. When the main contact is closed by the operating mechanism, it is locked in the closed position by the lock hook. If a fault occurs in the circuit, the relevant tripper will act to disengage the lock hook in the trip mechanism, so the main contact is quickly opened under the action of the release spring. According to different protection functions, trip units can be divided into over-current trip units and voltage-loss trip units.

Because the probability of a circuit breaker tripping freely due to a load failure is not too high, the life of the alarm contact is 1/10 of the life of the circuit breaker. The working current of the alarm contact generally does not exceed 1A.
Shunt release: It is a release that is excited by a voltage source. Its voltage can be independent of the main circuit voltage. Shunt release is an accessory for long-distance operation. When the power supply voltage is equal to any voltage between 70% -110% of the rated control power supply voltage, the circuit breaker can be reliably opened. Shunt release is a short-time work system, the coil energization time generally can not exceed 1S, otherwise the wire will be burned. In order to prevent the coil from burning out, a micro-switch is connected in series with the shunt trip coil. When the shunt trip is engaged by the armature, the micro switch switches from normally closed to normally open. The control circuit is cut off. Even if the button is artificially held down, the shunt coil is no longer energized to avoid coil burnout. When the circuit breaker is closed again, the micro switch is in the normally closed position again. 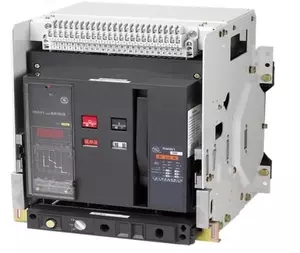 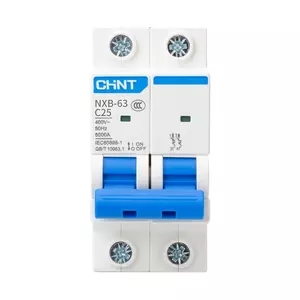