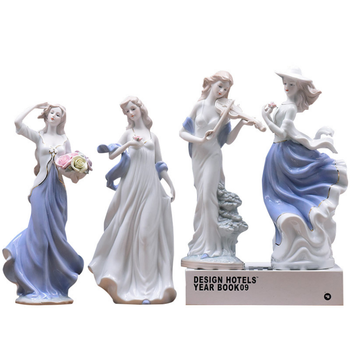 Ceramics are various products made of natural clay and various natural minerals as the main raw materials, which are made by crushing, mixing, molding and calcining. Ceramics are extremely practical and artistic.

Ceramics are various products made of natural clay and various natural minerals as the main raw materials, which are made by crushing, mixing, molding and calcining.

There are obvious differences in appearance and microstructure between pottery and porcelain. Although both are composed of crystalline, glassy, and air bubbles, the thickness, density, and number of pores are different. The manufacture of pottery mainly uses clay-based raw materials. The processing is relatively simple, and the firing temperature is relatively low (generally about 1000 ° C, the density is poor, the porosity is high, and the water absorption is strong.

The traditional concept of ceramics refers to all artificial industrial products using inorganic non-metallic minerals such as clay. It includes various products made from clay or a mixture containing clay by kneading, forming, and calcining. From the roughest earthenware to the finest fine pottery and porcelain. For its main raw material, silicate minerals (such as clay, quartz, etc.) taken from nature, so it belongs to the “silicate industry” category with glass, cement, enamel, refractory and other industries.

By material
Stoneware is the most primitive and lowest-grade pottery, usually made of a fusible clay. In some cases, clinker or sand can be added to the clay to reduce shrinkage. The firing temperature of these products varies widely, depending on the nature and amount of impurities contained in the chemical composition of the clay. To make bricks and tiles, if the porosity is too high, the frost resistance of the green body is not good, and the too low fork is not easy to hang the mortar, so the water absorption rate should generally be kept between 5 and 15%. The color of the green body after firing is determined by the content of colored oxides in the clay and the firing atmosphere. It is mostly yellow or red when fired in an oxidizing flame, and is usually cyan or black when fired in a reducing flame.

The body of the stoneware is dense and fully sintered, which is very close to porcelain. But it has not been vitrified, and still has a water absorption rate of less than 2%. The body is opaque and white, and most of them are allowed to show color after firing. Therefore, the requirements for the purity of raw materials are not as high as that of porcelain, and raw materials are easy to obtain. The crockery has high strength and good thermal stability, is very suitable for modern mechanized washing, and can smoothly pass rapid changes in temperature from the refrigerator to the oven. In the international market, due to the development of tourism and the socialization of food, Stoneware has a larger sales volume than enamel.

The half-porcelain blank is close to the porcelain blank, but it still has a water absorption rate of 3 to 5% after burning (real porcelain, the water absorption rate is less than 0.5%), so its performance is not as good as that of porcelain, and it is better than that of fine ceramics.
Porcelain is a higher stage in the development of ceramics. Its characteristics are that the green body is completely sintered and completely vitrified, so it is very dense. It has no permeability to liquids and gases. It is translucent at the thin place and has a shell-shaped section. It is licked with the tongue and feels smooth and not sticky live. Hard porcelain has the best performance among ceramics. Used to make high-grade daily utensils, electrical porcelain, chemical porcelain, etc.

Soft porcelain has more flux and lower firing temperature, so its mechanical strength is lower than that of hard porcelain, and its thermal stability is also low. However, it has high transparency and rich decoration, so it is mostly used to make art furnishing porcelain. As for the frit porcelain and bone ash magnet, their firing temperature is similar to that of soft porcelain, and their advantages and disadvantages are similar to soft porcelain, which should belong to the scope of soft porcelain. Due to the difficulty in production of these two types of porcelain (the plasticity and drying strength of the green body are poor, and the deformation is severe during firing), the cost is high, and production is not common. The United Kingdom is a famous producer of ashes, and China also has ashes produced in Tangshan.

Special ceramics have been developed with the rapid development of modern electrical appliances, radio, aviation, atomic energy, metallurgy, machinery, chemical and other industries, as well as cutting-edge science and technology such as computer, space technology, and new energy development. The main raw materials used in these ceramics are no longer clay, feldspar, quartz, and some clays or feldspar are also used. However, more pure oxides and raw materials with special properties are used. Also different. 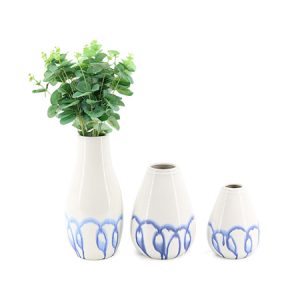 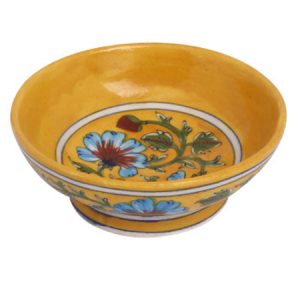 Ceramic materials: Compared with porcelain, the texture of ceramics is relatively loose, and the particles are relatively coarse. The firing temperature is generally between 900 ° C and 1500 ° C, and the temperature is lower. The color is naturally interesting after firing, and it is simple and elegant, becoming many artists. One of the favorite modeling performance materials. There are many types of pottery, such as black pottery, white pottery, red pottery, gray pottery, and yellow pottery. Red pottery, gray pottery, and black pottery use pottery clay with high iron content as raw materials. Iron pottery clay is red in an oxidizing atmosphere. , It is gray or black under reducing atmosphere.
Porcelain materials: Compared with pottery, the texture of porcelain is hard, dense, forbidden, high temperature resistance, rich in glaze and other characteristics. The firing temperature is generally around 1300 ° C. People often describe porcelain as “sounds like sound, bright as mirror, Yan Ruyu, “Thin as thin as paper”, porcelain mostly feels noble and gorgeous, which is the opposite of the simplicity of pottery. Therefore, when many artists create ceramic art, they will emphasize the distinctive sensory enjoyment brought by the texture of pottery or porcelain. Therefore, it is necessary to analyze and compare the characteristics of two different materials before creating.