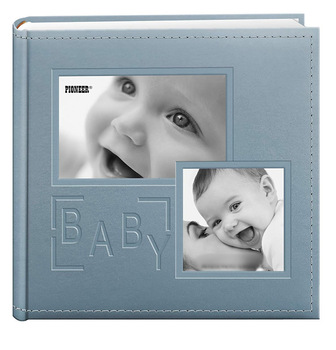 Albums are albums for collecting photos. They are used to collect precious, memorable and interesting moments. The design of the album can give the viewer the most intuitive and vivid visual experience.

Paste book, a book for collecting photos, used to collect precious, memorable and interesting moments. Photo albums have valuable treasure meaning. According to the development of time and the change of collection form, they are mainly divided into traditional albums and modern albums. Traditional albums, also called photo albums or photo albums, are used to store photos. They are mainly used to store and protect photos. They are usually made of paper shells and PVC inserts. The surface is usually designed with exquisite patterns, such as landscapes, Star portraits etc. Modern photo albums are diversified in form and richer in content. The inner pages are made of precious photo print materials and are designed with exquisite typography.

Modern photo album
Modern photo albums are popularly called photo books, and are divided into art and life.
1. Art albums generally refer to wedding art albums and personal photo albums in photo studios. Such albums are mostly used in photo studios, studios and photo studios. There are relatively many types. Compared with ordinary albums in the market, photo albums need to be designed and typeset, mainly for customization. Not only is the workmanship more refined, but the finished product is also beautiful, stylish, and generous, mostly butterfly-framed high-end binding albums.
2. Life photo album is a kind of modern life photo album that has become popular following this digital era. Edit and typeset all kinds of photos in your life into a book, you can add text, pictures and pictures to record every bit of life in the past, generally can be sent to a professional production agency for design and typesetting, or you can typeset and design your own software online The booklet presented in this way is even more thoughtful. There is no limit to the number of photos that can be produced. The photos are rich in content, vivid, and have a large capacity, occupying a large market, and they have gradually replaced the traditional pocket-style albums. All kinds of photos in life, such as travel photos, child growth photos, banquet photos, golden wedding photos, birthday photos, event photos, party photos, etc. can be made into albums.
In fact, it is a collection of life photos. Its superiority is relatively larger than that of traditional plug-in albums, which is more convenient to carry and display.

Traditional photo album
Photo album, also called photo album or photo album, is used to hold photos. The photo album is mainly used for storing and protecting photos. The original photo album consisted of a layer of white translucent paper in the middle of a hard paper case. The paper case was different in size according to the size of the photo. Transparent paper protects your photos. There are also inner pages for PP insert bags. With the development of the material of photo albums, the photo albums are usually made of paper shells and PVC insert pockets. The surface of the album is usually beautifully designed, such as landscapes and portraits of stars. Albums are now everywhere. And the shapes are different. Yes, ordinary squares, clothes, plush toys, etc.
Traditional photo albums are also constantly changing, and begin to focus on interaction with people. DIY photo albums have emerged as the times require. DIY photo album is composed of cardboard, cover and iron ring. The cardboard is usually black or brown. With peripheral gadgets such as pastels, lace scissors, various corner stickers, plus small illustrations or stickers, let Photo albums also began to tell stories, giving albums life and vitality.
Photo albums now have new changes. Electronic photo albums, that is, people’s photos are scanned to a computer through a scanner or digital camera, and then synthesized by the computer, accompanied by music, background, subtitles, and magical conversion effects. Plus commentary made into a VCD disc, just like a genuine VCD disc, can be played on a VCD player or on a computer.

Advanced Embossed Photo Album
Advanced embossed photo albums can be built with 150 3R photos according to different sizes, and they can also flexibly paste 4R, 5R, 6R, 7R, 8R and other photos under 12 inches. The memorial booklet is accompanied by a shooting instruction card, which is convenient for recording photos. Compared with traditional albums, advanced embossed albums store more photos and can be stored for a long time.

E-albums
The electronic album has the following advantages
1. Convenient viewing: Traditional photo albums have to take turns while multiple people appreciate, while electronic photo albums can be enjoyed by many people at the same time.
2. Strong interactivity: You can make albums with different titles just like VCD songs.
3. Large storage capacity: hundreds of photos can be stored on one disc;
4, easy to save: CDR discs use gold discs as the storage medium, with a life span of hundreds of years;
5, strong appreciation: high-tech processing photos, coupled with beautiful music, you can get double enjoyment.
6, low cost: the market price of processing a photo is about 2-3 yuan (except for special requirements). If you need several sets of electronic photo albums in order to give away. Just a few copies can be done. Collectively make electronic photo albums Cost will be lower!

All-in-one photo album
1. All-in-one photo albums are also called “bible albums” and “Korea photo albums”.
2. The edge treatment is exquisite. It can be pressed by gold, silver, and laser edges, which is different from ordinary albums and makes up for the lack of edges and seams in traditional albums.
3． The latest technology of the inner pages of the album is different from the cold and hot mounting of domestic photo studio products and the latest liquid coating technology.
4． The photo is pressed together with the thick inner page through the coating hot stamping process. The layout is flat and feels good. It will not be deformed for a long period of time.
5． The Bible album is novel and chic, keeping pace with international fashion. The overall appearance is elegant and personalized, unique and customized. Show unique style.

Crystal Album
The album cover and back cover are all crystal covers, which can also be made into single-sided crystal albums. Its material is made of tempered glass. It is also a kind of integrated album. Compared with other photo studio albums, its characteristics are: stronger visual impact, stronger three-dimensional sense, more beautiful and exquisite, more upscale and generous. Not easy to wear and tear, long-term storage and deformation, no discoloration. The size can be customized. The inner page can be coated or laminated. The former has a smooth and shiny inner surface, while the latter has fine grains on the surface and texture and feel. Crystal albums occupy a large market and are becoming more and more popular. Personal collections and gifts are the best choices.

Second, the image quality is high: the inside pages of the album are made of high-quality photo printing materials, the image has high definition, the colors are real, waterproof, and the storage time is long; 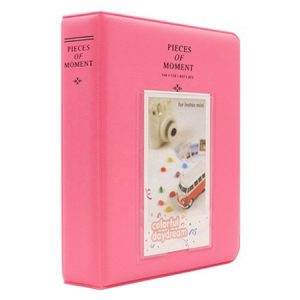 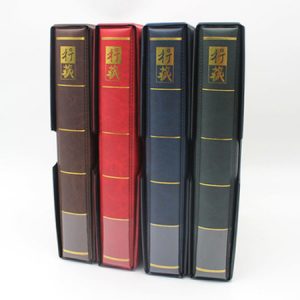 1. To avoid direct sunlight, place in a dry and ventilated place, or put some desiccants such as tobacco in the album.

2. The photo album should be placed on the top of the drawer, not on the bottom to avoid moisture and squeeze.

3. The inner pages of most albums are made of white cardboard or PVC plastic. Pack the albums in album boxes and store them flat in a cabinet. The weather in Jiangsu is very cold in winter and very hot in summer Due to the weather, cardboard or plastic materials are not easy to be deformed due to improper storage. If your photo album is deformed, first place the photo album flat and press some heavy objects (such as heavy books) on the photo album for a while. It will recover, and then carefully check whether the place where the album is stored is too humid or exposed to sunlight, and if it is not flat, if it is, pay attention to maintenance methods.

4. If there is dust or dirt on the surface, just wipe and wipe with a soft wet towel.